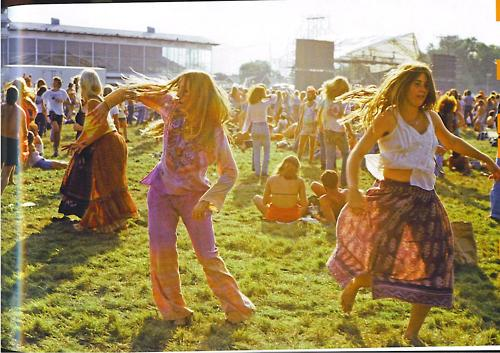 Even if you aren’t a fan of music from the 60s and 70s, you most likely have heard of the Grateful Dead. The Grateful Dead gained popularity during the psychedelic era and immediately drew attention from listeners everywhere because of the creativity and originality of their music. The psychedelic era was a time when many artists, especially musicians, were heavily influenced by psychedelic drugs.

On top of being famous for their imaginative music, the Grateful Dead are also known for their wild fans. Even early on in their careers, the Dead’s music instantly brought together a community. Over time, that community grew into a giant fanbase: Deadheads. Deadheads embody the culture of the band and the band’s music. They would always show up to concerts dressed in tie-dye clothing and other hippie attire and spend their time dancing recklessly, doing drugs, and enjoying the music.

Deadheads are diehard fans of the Dead, people who are connected to and influenced by the music. Even outside of concerts, Deadheads are known to be unique people who wear colorful clothing and maintain an unconventional lifestyle. You can still be a Deadhead without visually resembling the craziness of a Grateful Dead fan. Bill Clinton, John Mayer, Steve Jobs, Nancy Pelosi, and Stephen King are faithful fans who identify themselves as Deadheads. Many people say the Grateful Dead have formulated a cult following because of fans’ intense love, loyalty, and enthusiasm for the band. As a fanbase started to form, the Dead immediately noticed. Although a cult-following may frighten some bands, the Dead have always shown a strong appreciation for their fans. They are a band that prioritizes their audience, often proudly saying that they care more about their fans than they care about the music they make. Deadheads followed the band around the world, coming to every concert they could. The Grateful Dead kept fans interested in the music and continued their excitement by playing a different set of songs at each concert; Deadheads refused to miss a concert because with the Dead no two concerts were the same.

Even if the Deadheads couldn’t afford their concerts or didn’t buy tickets fast enough, they could still have some fun. There were people not only inside the concert doors but also many people surrounding the outsides of the concert, keeping the energy alive. People would congregate in parking lots the second they heard the Dead were coming to perform. Vendors filled the parking lot as well, hoping to profit off all the fans, selling everything from custom merchandise, to food, to drugs.

While making music in the psychedelic era and performing to a large audience of fans with easy access to drugs, the Grateful Dead were bound to run into complications between their audience and psychedelics. There was beginning to be an increase in drug use at concerts and with it, a corresponding increase of overdoses. Amongst these tragic overdoses, a couple of fans formed a program where they would push to prevent drug use. These fans were known as Wharf Rats and their goal was to encourage other fans to preserve sobriety whilst supporting each other’s goal to stay sober. The Wharf Rats were a fascinating group of people, even though they were a small program they made a strong and lasting impact on the community.

The Grateful Dead have faced many challenges and have undergone many changes in recent decades. One significant and notably upsetting challenge was the passing of Jerry Garcia, the lead guitarist and one of the band’s beloved members. Despite Jerry’s death and other events, Deadheads have continued to be loyal and supportive fans who find comfort in the community and the music. Before discovering the music, Deadheads were searching for a place that they could feel connected to, where they felt a sense of belonging; they were able to find that place within the Grateful Dead community. While things may be different now, Deadheads will always have this community where people have free spirits, open hearts, and can share an appreciation for good music.

Be the first to comment on "Who are the Deadheads?"