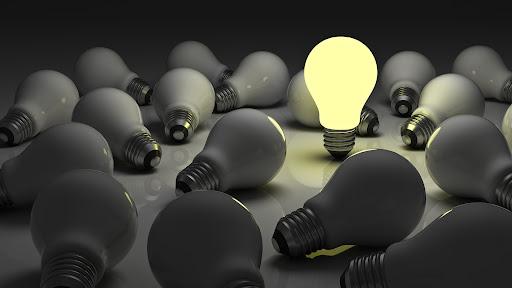 “I’ve never been a natural, all I do is try, try, try,” sings singer/songwriter Taylor Swift in her song “Mirrorball” from her 8th studio album, Folklore; And so is the sentiment of many teenagers of the 2010s and 2020s. Thanks to social media, others’ successes are constantly broadcast to us. Did you see that girl you used to go to school with just got recruited by Princeton for lacrosse? Did you know that Elsie Fisher was nominated for Best Actress at the Golden Globes for her role in Bo Burnham’s “Eighth Grade” when she was only fifteen years old? Did you know one of the main actresses in the Gossip Girl reboot is only nineteen years old? Did you see Sunisa Lee won gold in the Olympics at only eighteen years old?

All this is not to deny the brilliance of their accomplishments, but it is a difficult standard to hold oneself to. We put so much pressure on ourselves to achieve so much at a young age, because somewhere we were told that youth is the only time to be successful. That if you aren’t a gold medal athlete or a world-renown activist by the age of 20, you probably won’t go anywhere in life.

“Special” is a loaded word. It feels so imperative to be “special”, but often we lose sight of what “special” means, and what it means to us as individuals. According to the Oxford dictionary, to be special is to be “Better, greater, or otherwise different from what is usual”. Where does this obsession with being great come from? Why does the idea of being “a great” carry so much weight? I believe there is one overarching reason for this aspiration: we want to differentiate ourselves from the masses.

Personally, I have always wanted to be “great”. For a long time, I didn’t care at what, and then as I discovered my passions, it was there where I wanted to succeed. To be the most special. To be great. First, it was screenwriting. I somehow thought up the idea that if I was ever going to be a successful screenwriter, I needed to win Best Original Screenplay at some big awards show by the time I was 17. This, for me, was an absurd goal. I’m not saying it would be impossible for anyone, but given I was 14 at the time I conjured this plan and I had never written a feature length script before, it was extraordinarily unattainable. As I near my 17th birthday, and even as my rational mind knows that goal was wishful thinking, my irrational mind feels a strong sense of failure- over something I never even really tried to do. That was a fault of my own: I drew the finish line and barely even warmed up to a jog. So I wanted to be special, but I felt so rushed that I didn’t even know where to start. The real failure of this was not that I didn’t win Best Original Screenplay, it was that the sense of urgency I felt kept me from even trying.

Had I put less pressure on myself, I not only would have avoided the feeling of failure, but I might’ve accomplished more in the time I wasted imagining I wouldn’t be able to. It sounds so much easier than it is, as most things do, but I believe it is an essential goal to work towards for any person. It’s better to understand that we all move at our own pace than to worry about comparing ourselves to others. There is no race for greatness. Trying too hard to become “special” could have great consequences of isolation, and if there’s no one left to make you feel “special”, the whole point will be lost anyways.

Again in her song “This is me trying”, Taylor Swift sings, “I was so ahead of the curve, the curve became a sphere. Fell behind all my classmates and I ended up here,” She warns us not to rush our greatness. If you get too far ahead of yourself, you might lose sight of what you were after to start with.

Be the first to comment on "To Be Great"